My former pastor’s unceasing “accountability” message still resounds like a looped sample in my head while I witness this enduring Evangelical exoneration of Trump.

How is it that White Supremacist ideology has enveloped Evangelical platforms and embedded itself so completely with their commander in chief that when you click on alt-right.org it redirects you to DonaldJTrump.com?

I keep reflecting back to a student in one of my Bible courses who thumped his hands on the desk and interrupted me as I was explaining the mechanics of an inconsistency in the biblical text we were studying. He propositioned: But isn’t it like —if any part of that equation proves false, the whole thing falls apart? He seemed to be expressing a frustration with the fundamentalist Christian philosophy that would reject my historical, contextual, or intellectual approaches to the Bible as completely futile.

This strain that science sustains over a set of conditioned responses is reflected in the current administration’s handling of the global pandemic or even just their refusal to answer the moderator’s questions on a debate stage. It’s a strategy that deflects any inquiry that does not substantiate their fundamental lists followed by a shift that puts the focus back on something that does.

Trump’s rallies simulate fervent Sunday sermons comprised with the cutting and pasting of Bible passages that are reassembled in a manner to maintain the Bible’s infallibility and uphold Christian doctrine. Subsequently, his reinventions of truth unfold as inspired prophecy to some and irrational hypocrisy to others. It explains the alternative realities we now live in. Despite his abhorrent behavior which is antithetical to the biblical teachings, the life of Jesus, or any other respectable religion for that matter, Trump’s lies, insults and attacks are aimed at preventing the inevitable collapse of the dilapidated structure that fundamentalist epistemology is founded on.

What separates most Evangelicals from their Catholic and mainstream Protestant Christian counterparts is their view that the Bible is inerrant, indisputable, and literally true. While The Book itself never stakes such a claim, it still serves in place of God’s sovereignty to validate their fundamental lists. As a practicing Jew, Jesus never touted a belief in the trinity, the incarnate resurrection, the virgin birth, or a public confession of these statements, yet it is one’s affirmation of these truths that releases God’s grace, salvation, and membership into the Almighty’s elect. The development of one’s personal faith and pursuit of a relationship with God that is exemplified in deeds is increasingly optional in this popular strand of Christianity. As with white supremacist groups, Evangelicals can only experience the supernatural through a filter of man-made creeds that are highly susceptible to human manipulation.

In recent years, Evangelicals who once considered themselves non-denominational have expanded their fundamental lists in an effort to brand themselves with right-wing conservative platforms. For example, Evangelicals for Trump are featured on his home page reaffirming their support for the forty-fifth president so that “pro-life initiatives, religious freedom, and the appointment of conservative judges are kept as a top priority for four more years.” The platform for The Knights of the Klu Klux Klan and the Conservative Christian Right have become virtually indistinguishable. The statutes that “America was founded as a Christian nation,” where “students should be free to practice their Christian faith in the classroom” are not quoted from any Evangelical or Conservative forum but copied directly from KKK.com. Consequently, The Klan also calls for a repeal of gay marriage laws because “the Bible condemns homosexual activity and the perversion of our society which it encourages.” It is important to note that the only reference of moral significance in any of these proclamations above is the condemnation of female promiscuity and men who seemingly at least to some, renounce their superior status in the gender hierarchy.

The Conservative Right and the Knights are connected through their emphasis on a superior Christian heritage cultivated in male patriarchy and European culture. The Klan is distinct in that it prioritizes whiteness through physical and ethnic color in addition to the colonial and Eurocentric Christian doctrines espoused by Evangelicals. Both impose white patriarchal culture as the only pathway to forge American Greatness, one centers on religion, the other race. Each depend on a mentality that any other religion or race is a threat to their existence and divine selection by God. Trump swoops in like a savior figure to these formerly disenfranchised groups because he confidently validates their positions when none of our institutions will. His angry assaults directed at the unidentified they, the evil other, or the liberal left, function as a crusade against the evil adversary who seeks to steal their status in the kingdom. He asserts their right to perform and practice their discredited positions of privilege every time he recites his “law and order slogan” which is protected through individual and religious freedoms that are instilled presumptively by capitalism.

Each represent forms of fundamentalist Christianity that are exceedingly corrupt. How can the Klan claim to have a Christian heritage that hates the identity of the Jewish figures that their religion and Bible are founded on? How can Evangelicals condemn the communal and ascetic lifestyles that Jesus (יֵשׁוּעַ‎ Yeshua’) James (יַעֲקֹב‎ Ya’akov) and Paul (שָׁאוּל Sha’ul) practiced as an example of God’s Kingdom on Earth?

Perhaps nothing epitomizes a system that redistributes wealth like Jesus’ miracle of the loaves and the fish when he commands the disciples to give them whatever they have and then multiplies and distributes it amongst the people. When a man approached Jesus and asked him “what good deed must I do to have eternal life?” he told him to “go, sell your possessions, and give the money to the poor ” (Matt 19:16-22). Jesus’ brother, James who succeeded him depicted “pure and undefiled religion” as caring for “orphans and widows in their distress,” (James 1:27). Paul’s community functioned with a similar cooperative which is fairly explicit in Acts 4:32-35

Similarly, when a couple in Paul’s inner circle did not contribute the entire profits from the sale of their property, they were confronted by the angel of death who expelled them (Acts 5). “Now the whole group of those who believed were of one heart and soul, and no one claimed private ownership of any possessions, but everything they owned was held in common. With great power the apostles gave their testimony to the resurrection of the Lord Jesus, and great grace was upon them all.  There was not a needy person among them, for as many as owned lands or houses sold them and brought the proceeds of what was sold. They laid it at the apostles’ feet, and it was distributed to each as any had need.”—Acts 4:32-35

Now, I am not advocating for communism nor suggesting that the networks of these early Christian figures should serve as our model for an ideal society but you would think that their standards for God’s Kingdom would at least be a cause to pause and think about the inequities of our current capitalistic structures. Instead, Evangelicals endorse Donald Trump to maintain them. He is “the chosen one” amongst a cast of qualified and competent Republican candidates because he could care less about the ethics of his policies or who they effect.

But If you have to hire a man of Trump’s character to implement your reforms, what does that say about your fundamental lists? What kind of Christian values are they—those that align with the KKK? These are the questions I ask about my Evangelical friends and upbringing every day.

It is only after they dispose of this deplorable man and their sinking house on the sand that they will come upon a rock. Itʻs the cornerstone that the builder’s rejected. The One who supplied living water to the Israelites in the wilderness and issued a mandate to love your God and your neighbor as yourself. This clause known as The Greatest Commandment serves as the guiding principle for Jesus’ own Constitution, The Sermon on The Mount. This rock is reserved, however, for a nation bearing “the fruits of the kingdom” that Paul defined as “love, joy, peace, patience, kindness, generosity, faithfulness, gentleness, and self-control.” What Evangelicals must ask themselves in this election season is if they will allow this rock to become their stumbling stone or the foundation for a new house. 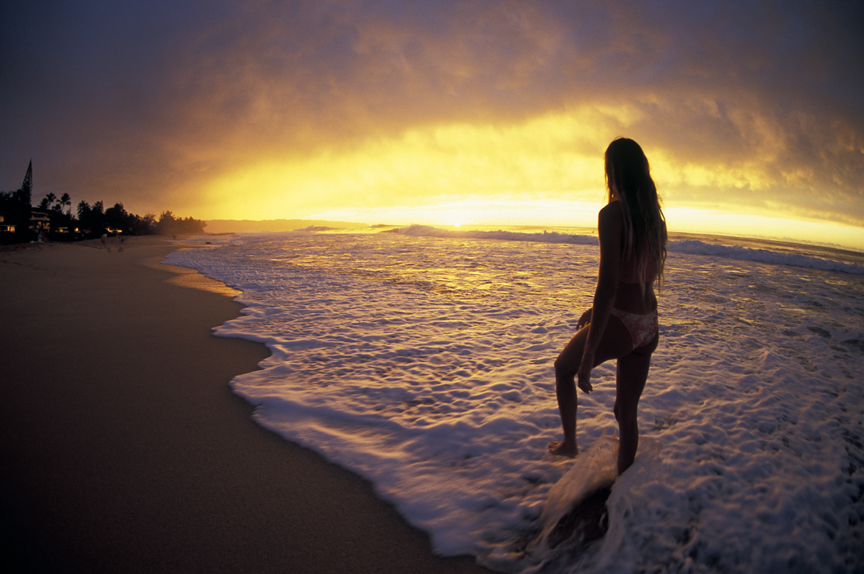 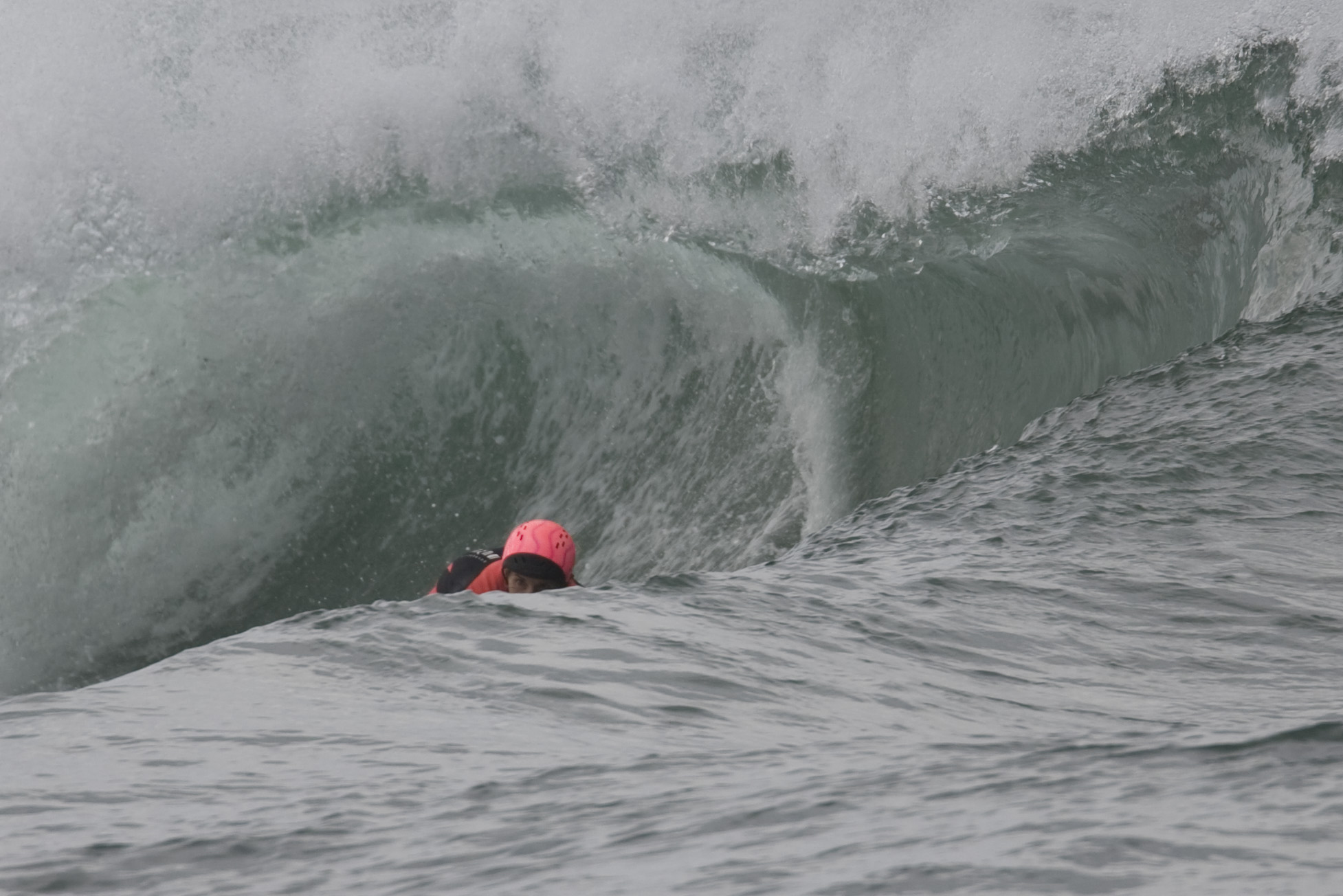 June 2,2018   Formerly, “The Pipeline” was hosted by the Honolulu Advertiser and sustained the transition as they merged with the Honolulu […]

3 thoughts on “Fundamental Lists & The Evangelical Exoneration of Trump”